Once again, Memorial Day is upon us. And once again, most people in the U.S. will be smiling and laughing while chuggin’ brew and slingin’ barbeque. Many enjoying their celebrations this weekend are completely oblivious to the real reason for this mislabeled “holiday”…….those that have fallen and paid the ultimate sacrifice in service to their nation. In the link below you will find my serious and heartfelt tribute to these heroes in a column from 2017’s Memorial Day.

In the here and now of 2019 Clown World, however……I find myself adding something else to memorialize. Like sanity. You see, in Clown World America, this is a wholesome time at Church or the local publicly-funded library:

Perhaps that’s just what being a progressive comes with, I don’t know. But in a world where the mentally ill commit child abuse using tax dollars, who could be surprised that this poor kid below is the poster child for an “empowered” generation? Isn’t it cute? I can totally see this kid’s generation storming Normandy beach on D-Day. Thanks public education! 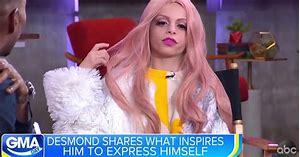 Don’t forget to cover American icon Kate Smith – famous singer of “God Bless America” – in a plastic burka because she doesn’t conform to 2019’s ridiculous “morality”. Smith’s statue might as well be a Confederate War Memorial, and we know what do with those, don’t we?

Screw America, am I right?

In Clown World America, The House of Representatives is the most important branch of a branch of government. I mean technically they are supposed to pass budgets and propose legislation, but who’s got time for that when you’re busy investigating your enemies and using the power of the federal government to create opposition research? Spitting out hate through your dentures while being the most powerful person on the planet is hard work, isn’t it Nancy?

Hey Madam Speaker, is it a “national emergency” that the equivalent of the population of Atlanta, Georgia comes illegally across the border every 90 days? Up to 40 million unassimilated and illiterate foreign nationals – most using public services and schools – in your country is definitely not a problem. I mean, really, it worked for the Romans, right? It’s as healthy as transitioning little children from one gender to another, I say. 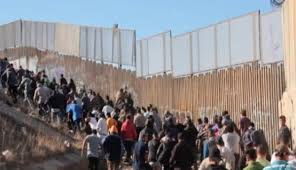 Too bad they’re better than you.

Hopefully none of this will put a damper on anyone’s fun activities this weekend. Most of us can gleefully continue to be completely unaware and uncaring about those that sacrificed for our nation. Where’s the mustard? My hot dog’s getting cold.

“In the land of the blind, the one eyed man is king.” – Desiderius Erasmus